I had a such a moment of panic as I colored this picture. Part way though I noticed a missing line! I eventually realized that I was coloring from my first pre-production draft of the book – but for a moment there I thought that there was one little missing line in the final edition. You know that feeling you get if you accidently color a space the wrong color? Now imagine if you had accidently colored that space wrong in everyone else’s books too! 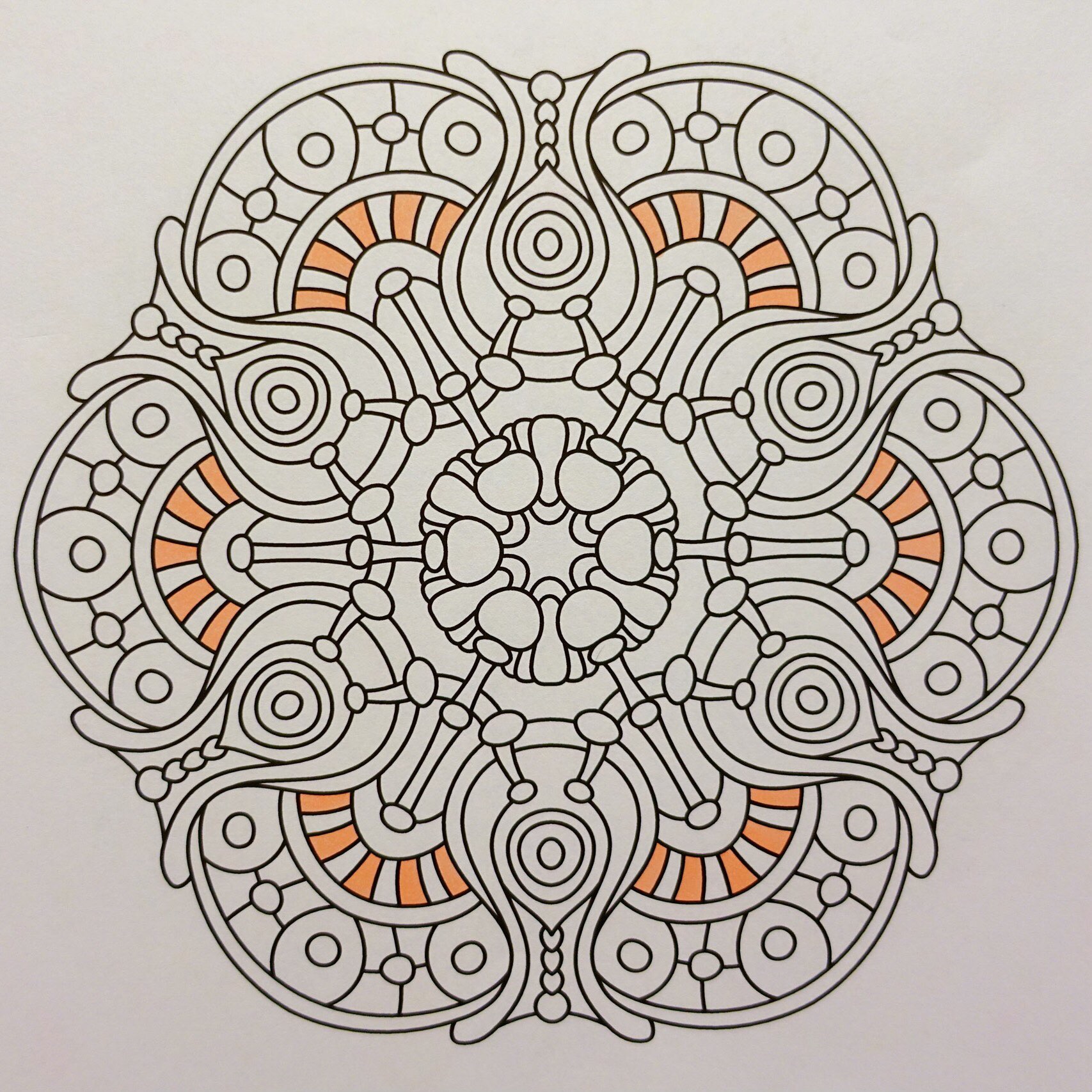 I didn’t notice it when I first started coloring, but if you look at bottom-most shape that looks kind of like a sliced onion – there it is. Or rather, there it isn’t! Oh nooooooo! 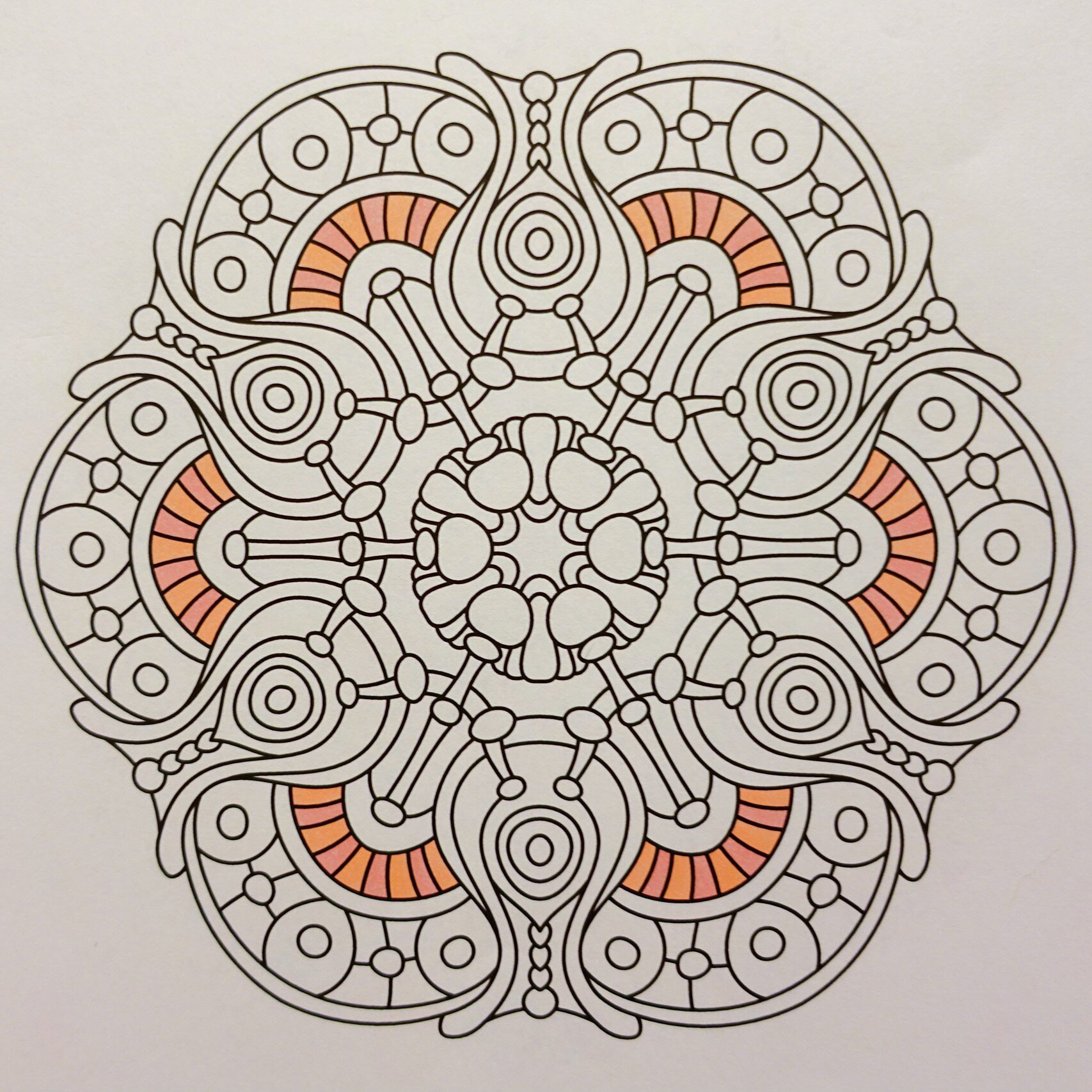 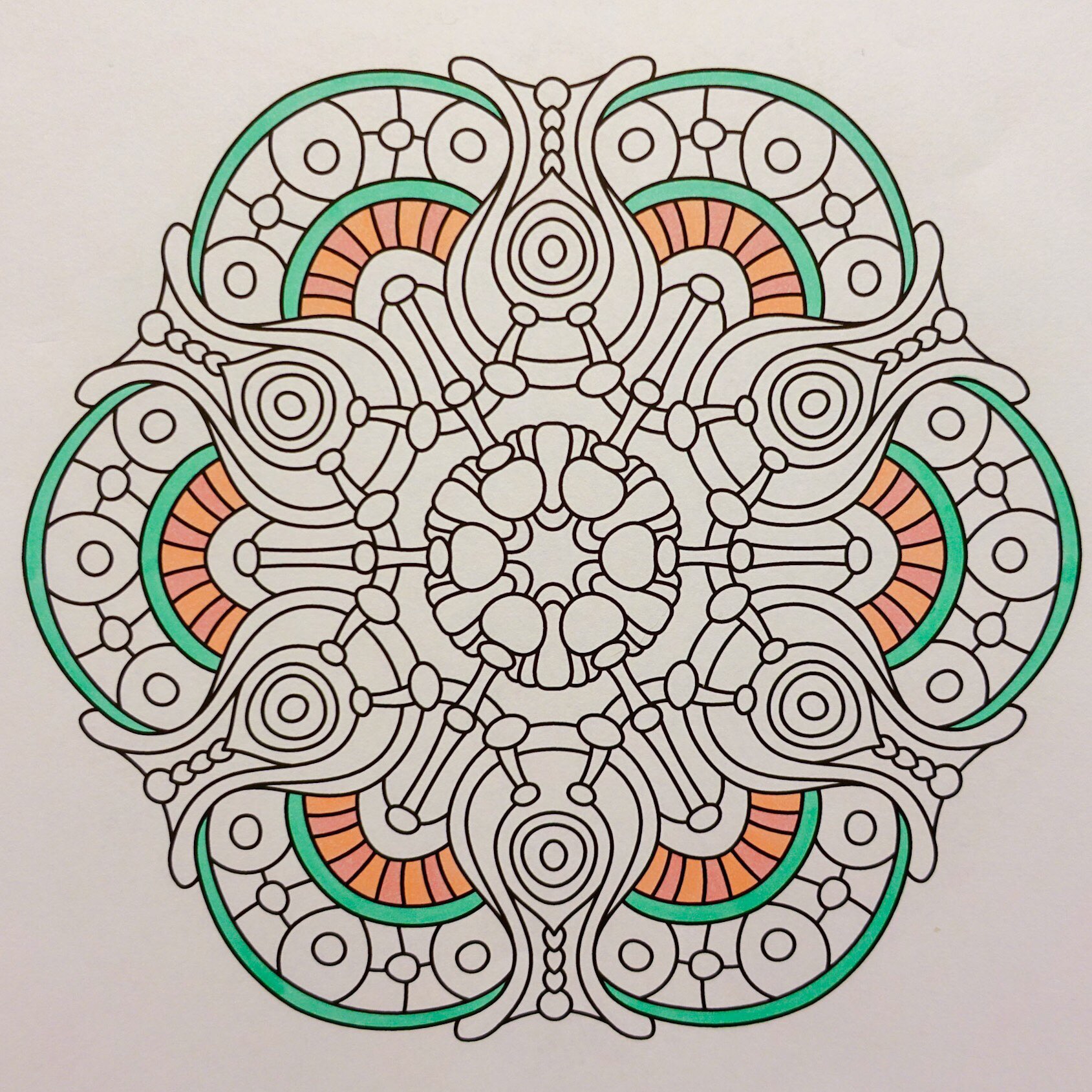 By this time I had confirmed that there is only one printed copy in the world that has this mistake, and it was the book that I’m coloring from. I was still kind of rattled, though, so look what I did. 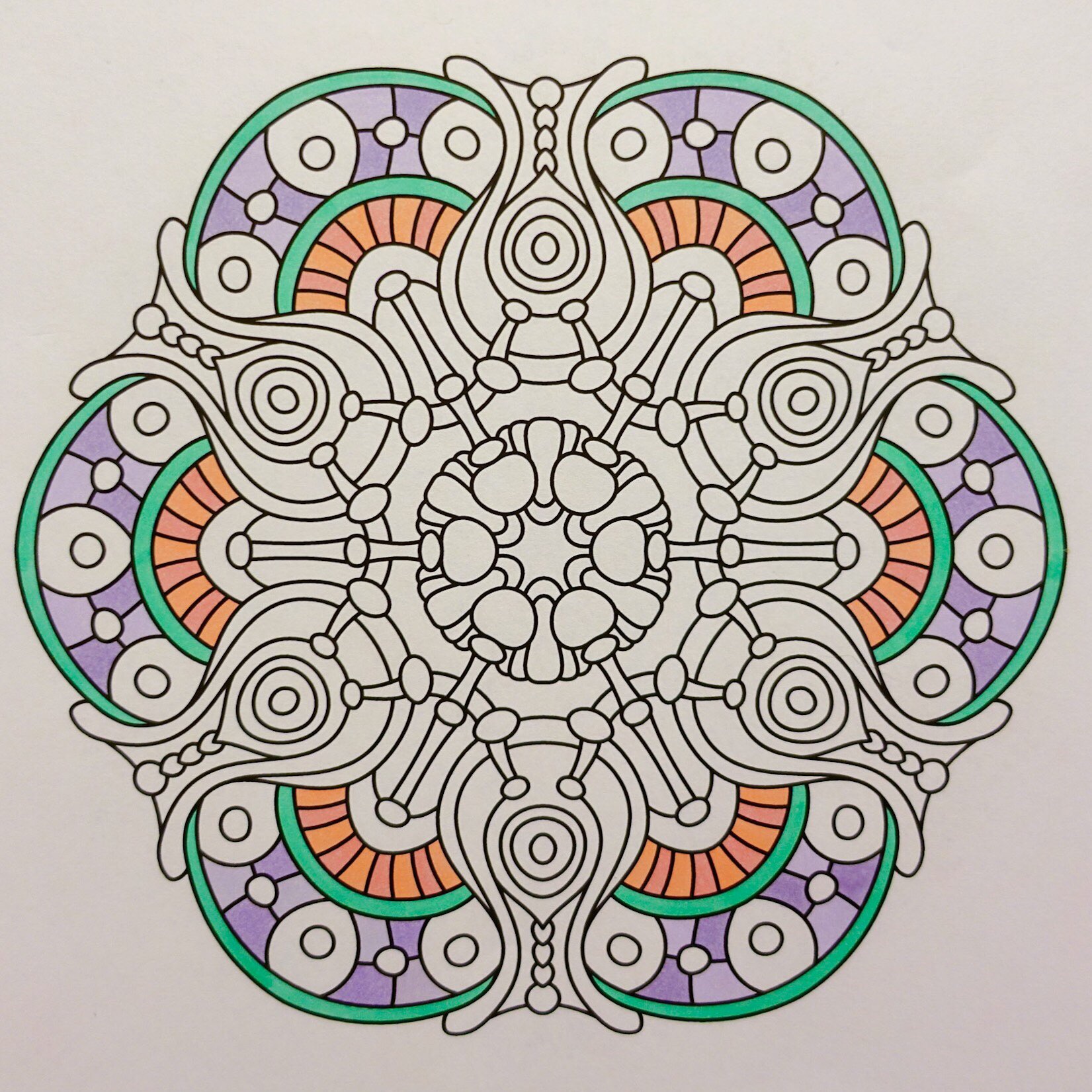 Did you see it? Yep, I misplaced some of my purples. Sigh. That’s what happens when your hands are paying attention to your coloring and your head is still reliving a moment of panic that is over and done with. 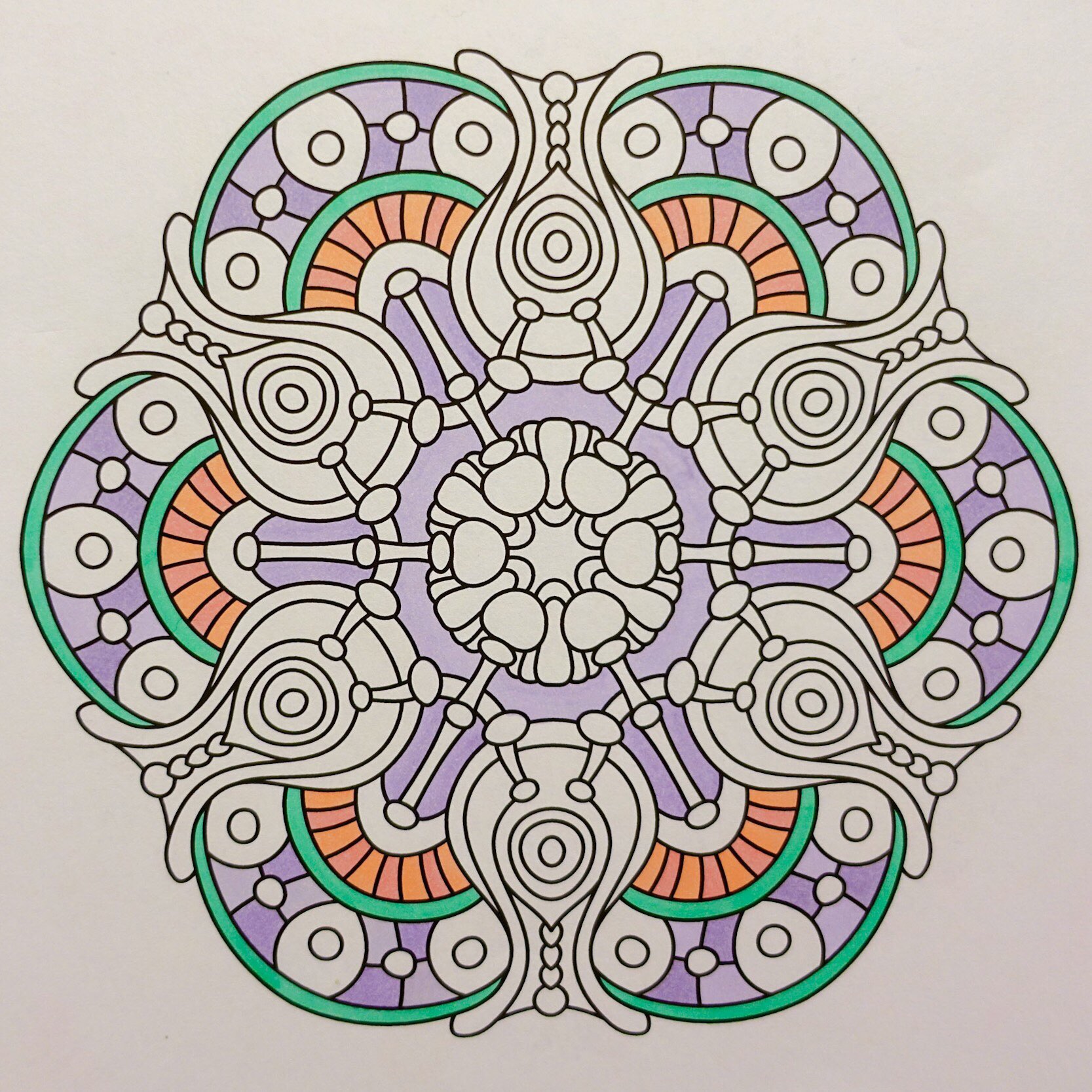 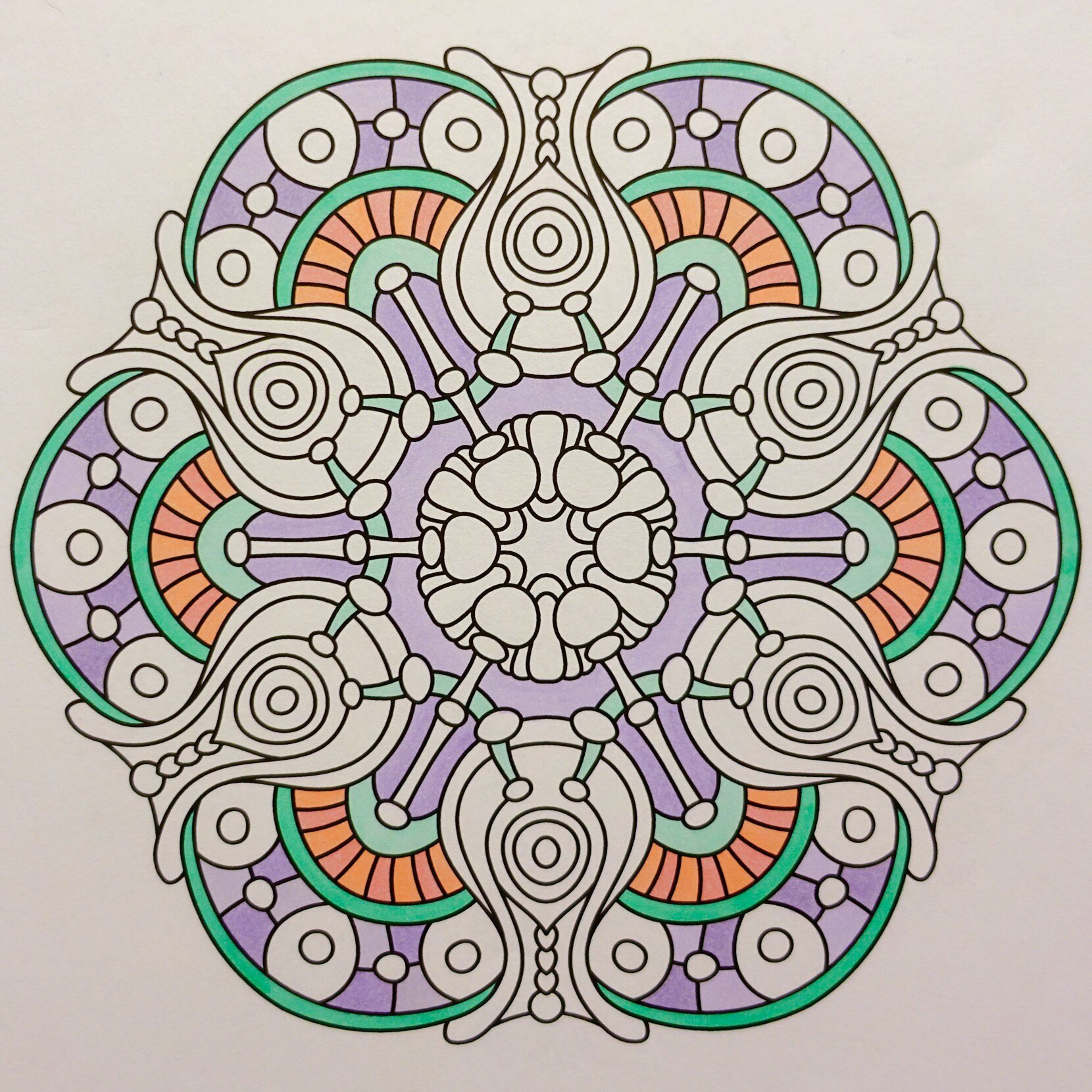 The mistake with the purples was a good thing for me. It brought my attention back to the present moment and prompted a few thoughts about how mistakes do happen, they are going to happen again, it’s easy to feel uncomfortable and reactive when a surprise mistake pops up, and humans are amazingly resilient at getting over it and making a fresh start. 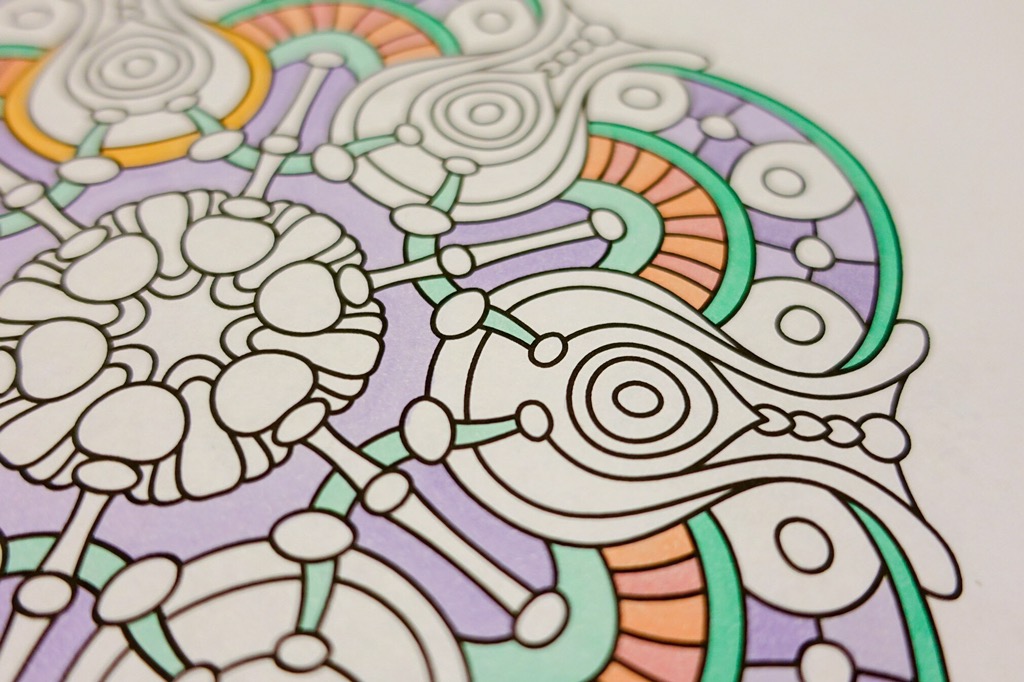 As I finish today’s coloring, I still have to make a decision about what I’m going to do with this part of the picture. My husband says I shouldn’t even think about drawing in the line and hiding the mistake – instead, let the mistake be a mistake and color it any pretty way. I think he’s pretty smart. 🙂 For a guy that doesn’t color, he knows a lot about coloring!

Today’s picture is from Balance For Crayon And Wide Tipped Markers.